Have you ever walked into an empty house and had a creepy feeling, as if the house itself had some dark secret?

Return to Seymour Street is now playing from January 20 to February 3, 2023.

a House of Horrors

Have you ever walked into an empty house and had a creepy feeling, as if the house itself had some dark secret? The one at 33 Seymour Street in Buffalo has been on the market for over a year, yet prospective buyers shy away. Why is that? It is a perfectly ordinary small house in need of updating on a very nice street. It is perfect for a young couple. And yet…

Buffalo native Tom Dudzick’s new play, Return To Seymour Street, having its world premiere at O’Connell and Company, explores the hold that the events of the past have on the empty house and the people who inhabited it -a ghost story, if you will. 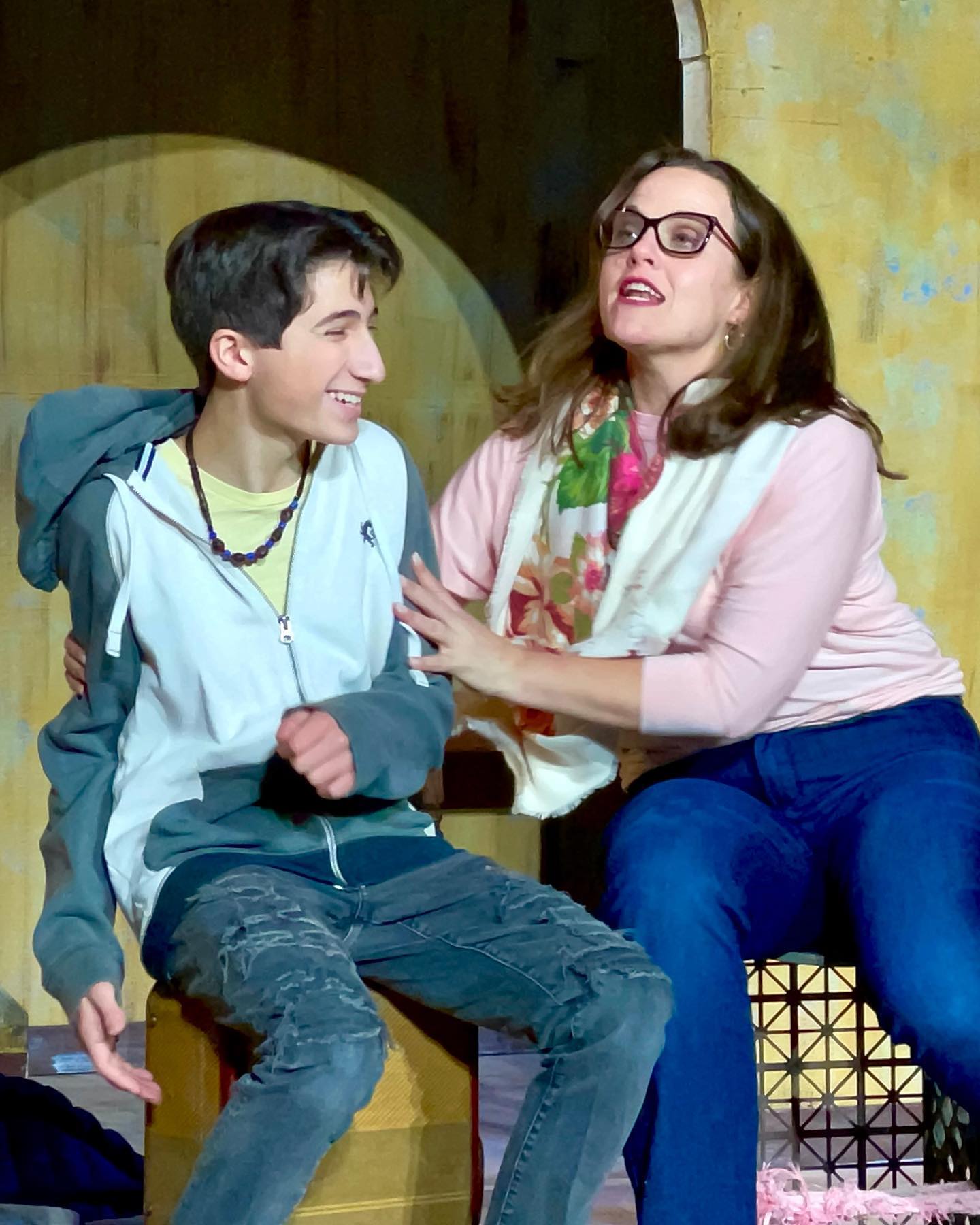 welcome to a house of horrors

Peter (Daniel Lendzian), a successful writer about the paranormal, has been trying to sell the family home with no success. Enter Irene (Jenn Stafford), his childhood friend and teenage sweetheart. Now a TV producer in Los Angeles, she has returned to Buffalo with her 14-year-old son, Gary (Max Goldshirsch) with a plan for a show about renovating old houses. She has chosen the Seymour Street house for the pilot. Peter is thrilled, mainly because he is reconnecting with Irene. Irene explains to Peter that Max is “odd”, and she is worried about him. Peter agrees to talk with the boy, who is a perfectly normal child whose oddness is his powerful psychic ability. Max deals with the ghost in the house, while Peter and Irene deal with the ghosts within themselves. Of course there is a blizzard, this being winter in Buffalo, and of course they are stuck in the house overnight in true ghost story fashion.

There are some great surprises that have the audience gasping, experiencing that thrilling scary feeling one gets in the best ghost stories. No more will be said on that front. You must find out for yourself.

Jenn Stafford as Irene is a confusion of feelings, sometimes completely overwrought, angry, frightened for her son and herself in that house, and then also a woman beginning to accept her loving feelings for Peter.

Peter, on the other hand, is right out there with his love for her. Daniel Lendzian has the look and feel of a “guy” from the neighborhood whose intellectual interest in the paranormal has the underpinnings of a kid who is excited about a new adventure. He has a heartfelt monologue in Act Two that anyone who has grown up in difficult circumstances can relate to.

Max Goldhirsch does a fine job as the young psychic who knows his own powers. He stares into the middle-distance with great intensity as he communes with whatever entity is present, and exudes more confidence in himself than either of the adults.

a Frightening Past and Present

The production, directed by Steve Vaughan, is uneven at times, but generally very engaging. His choice to have Irene speak to the fourth wall so often with her back to Peter lessens the chemistry between them.

That said, Return To Seymour Street certainly holds the attention of the audience throughout as the characters face themselves, the past, and the frightening present.

The Mai is playing at the Irish Classical Theatre Company from January 19 to February 5, 2023.

Let us do the ground work. Get our weekly newsletters and partner updates delivered right to your inbox, twice a week. We have weekly giveaways and will keep you up-to-date on all the latest and greatest around Buffalo Niagara. Hope to see you there!
← Previous Post