Four generations of women and one man duke it out. 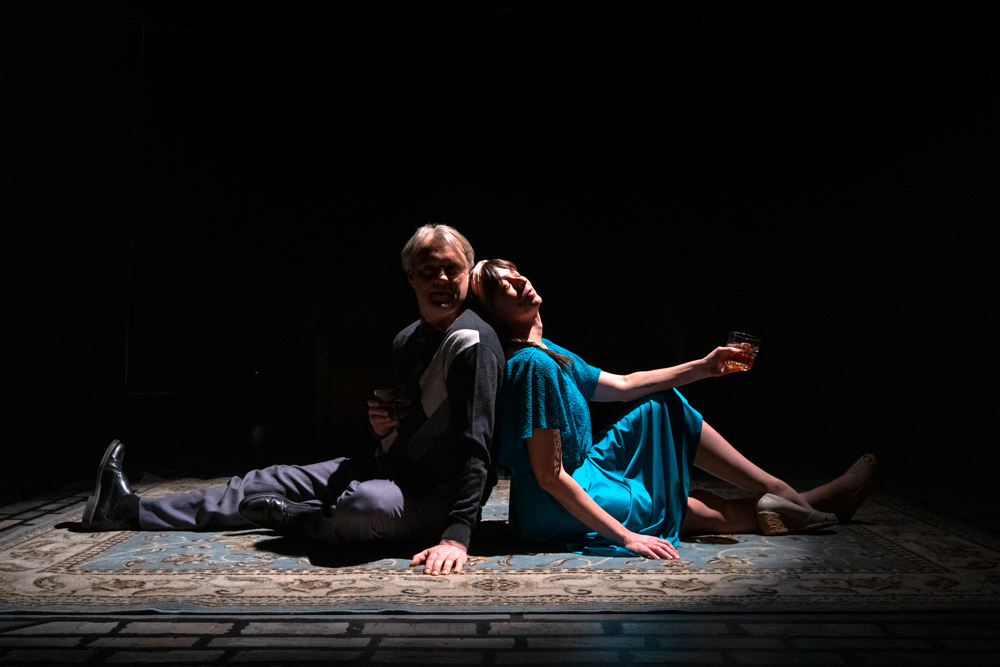 The Mai is playing at the Irish Classical Theatre Company from January 19 to February 5, 2023. Photo cred Mark Duggan/Nickel City Headshots

Tales of Past Loves

Four generations of women and one man duke it out in between tales of past loves and losses, dreams derailed, and the longings of the human heart in this traditional memory play by prolific Irish playwright Marina Carr.

Occasionally hilarious, often touchingly funny, The Mai (pronounced May) is a serious drama that is relatable to anyone who grew up in, well, a family. This one may be skewed quite a bit more to the dysfunctional, alcoholic, and obsessive side than some, but it is steeped in realism with believable characters who struggle with the idea and meaning of love and their desire for personal freedom while living in a changing, but still rigid moralistic culture. Their psychic wounds are laid bare as each generation impacts the next. As Faulkner said in Requiem for a Nun, “The past is never dead. It’s not even past.” In this play, history permeates the present in each generation.

a View into Rural Ireland

The time is 1979 in rural Connemara on the western coast of Ireland. Millie, at 16, is the youngest of the women and the narrator. In a fine performance by Christine Turturro, Millie introduces the scenes, often with fanciful tales and dreams. Millie’s mother, the Mai of the story, has left the town and built a beautiful home overlooking Owl Lake for herself and her four children. Her husband, Robert, returns after abandoning the family five years earlier, and Mai is ecstatic that he has come back. Millie, not so much. As the scenes unfold, we meet the other women in the family, each of whom has opinions about the others and about their own disappointments and losses.

Kate LoConti Alcocer is Mai, which means goddess or beautiful in Gaelic, and in her family, she is both. She is thrilled at Robert’s return, but her pent-up anger at his abandonment eventually explodes into a rage at him as he falls back into his old ways of carousing and cheating. She has created a complex character whose inner world is laid bare in a compelling, nuanced performance.

Chris Avery, in another excellent performance, is her counterpart as the charming, smooth-talking, narcissistic Robert, a man who follows wherever his current desires lead him.

Pamela Rose Mangus as the alcohol/drug-addled centenarian Grandma, steals every scene she is in. Completely self-absorbed and aware of the damage she has inflicted on her family, she blithely goes on endlessly telling the story of her love for the nine-fingered fisherman. She is a hoot, while at the same time an almost evil presence. Artie Awards, here she comes.

Mai’s sisters, Beck and Connie, played by Cassie Cameron and Megan Callahan, each have their own story, and like everyone else in the cast, do so in excellent performances.

And last, but certainly not least, Mary Moebius and Lisa Ludwig as the Aunties, Jule and Agnes, are a riot, embodying the hypocrisy of social propriety as they lecture one woman after another about what is and is not done in Connemara. With their permed gray hair, tweed skirts and cardigans, and leather purses on their arms like the Queen herself, they swoop in to hold everyone accountable for their moral failings.

a Great Depiction of Irish Angst

Directed with a sure hand by Josephine Hogan, each actor is given the space to develop their character in this well-paced play. Tom Makar designed the sound, with the haunting refrain from Jefferson Airplane’s Comin’ Back To Me opening the play. Collin Ranney’s set has just the right amount of luxury to indicate an upscale middle-class home. Lise Harty designed the costumes, each one in keeping with the times and the personalities of the characters. And a shout-out must be given to Hair and Makeup Designer Susan Drozd for three wigs that could be characters in themselves.

Marina Carr is quoted as saying, “Grandma carries all the story; the heartbreak and neuroses that are traveling down the lines of women.” My companion at the play lived in the Connemara area for 15 years, and said she knew every one of the characters in the play, including that cackling ancient Grandma with her evil gaze.

If you are in the mood for a finely acted and excellent production of Irish angst, this is the play for you.

The Mai is playing at the Irish Classical Theatre Company from January 19 to February 5, 2023.