Lady Sings the Blues in Buffalo 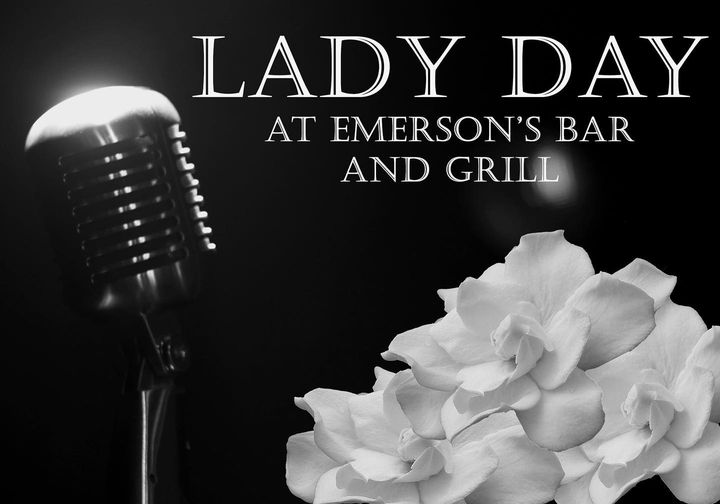 Billie Holiday is in Buffalo this month

Would You Call on Lady Day?

Alex McArthur as Billie Holiday and a terrific jazz combo led by pianist George Caldwell as Jimmy Powell are wowing the patrons at MusicalFare Theatre’s first Premier Cabaret of the year.

Appearing on stage in a slinky white satin gown and mink coat, drenched in diamonds – well, most likely rhinestones –  with an imperious gaze into the audience, Lady Day steps up to the microphone and sings I Wonder Where Our Love Has Gone, a bellwether of what is to come that sets the tone of the evening.

Written by Lanie Robertson, the musical premiered in 1986 in Atlanta and found its way to Broadway in 2014 with Audra McDonald, who won the Tony for her performance in the title role. 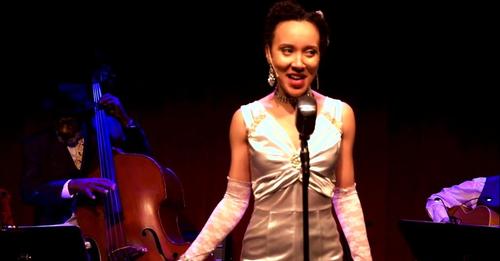 Lady Day At Emerson’s Bar and Grill is playing at the MusicalFare Theatre from January 13th-29th, 2023

The Pride of Philadelphia

It is set in a seedy bar in South Philadelphia in 1959, some months before Holiday died of cirrhosis at the age of 44. As the evening progresses she tells stories about her painful personal life and the racism she encountered on the road, not only in the Jim Crow South, but in places like Boston and Philadelphia where Negro singers were not allowed to sing famous songs of the time. They were reserved for the white, or as she calls them “ofay” singers. Lady Day did not mince words. She was a tortured soul with a million dollar voice and unique phrasing. And she wrote some of her own songs, including the famous God Bless the Child.

While it would be extremely difficult to imitate Lady Day’s distinctive voice, Alex McArthur has captured the deep feeling, humor, anger, and pathos of the singer. Her own talent serves her well, both as a singer and actor as she gradually decompensates, becoming more inebriated, confusing Powell for her former lover Sonny, who introduced her to heroin many years before and demanding her flower, the famous gardenia she wore for many years.

There are 14 songs in all. Holiday was greatly influenced by Bessie Smith. The upbeat Gimme A Pig Foot (and a bottle of beer) is an homage to her. The painful Strange Fruit, which she initially refused to sing because it reminded her of her father’s death, is followed by the raucous Tain’t Nobody’s Biz-Ness If I Do. Noted for songs about women who love abusive men no matter what, When A Woman Loves A Man and Crazy He Calls Me speak to that unfortunate truth. The last one, Deep Song, contains the lyric “Love is a barren land”, which seems to have been the case for Billie Holiday.

The songs would not be as great as they are without the brilliance of Music Director George Caldwell on Piano, Mike Moser on Guitar, and Sabu Adeyola on Bass. They are, in a word, amazing. In addition to the songs, they dazzle the audience with jazz numbers while herself is “resting” for a time.

Direction is by Thembi Duncan. Set, Lighting, and Sound by Chris Cavanagh. The set has a true cabaret feel, with overhead lamps and dim lighting, perfect ambiance for quaffing a martini or glass of wine. Costumes are by Kari Drozd, with Hair, Wig, and Makeup by Susan Drozd.

One or two of the monologues could have been tighter, but this is a fine production that cruises along for 110 minutes without intermission, providing the audience with a true cabaret experience. So, order up that martini or a glass of wine, sit back, and prepare to be entertained.

Lady Day At Emerson’s Bar and Grill is playing at the MusicalFare Theatre from January 13th-29th, 2023.