The themes of wealth and poverty, so central to Dickens’ writings, as well as love and rejection, desire, madness, guilt and forgiveness play out before our eyes. 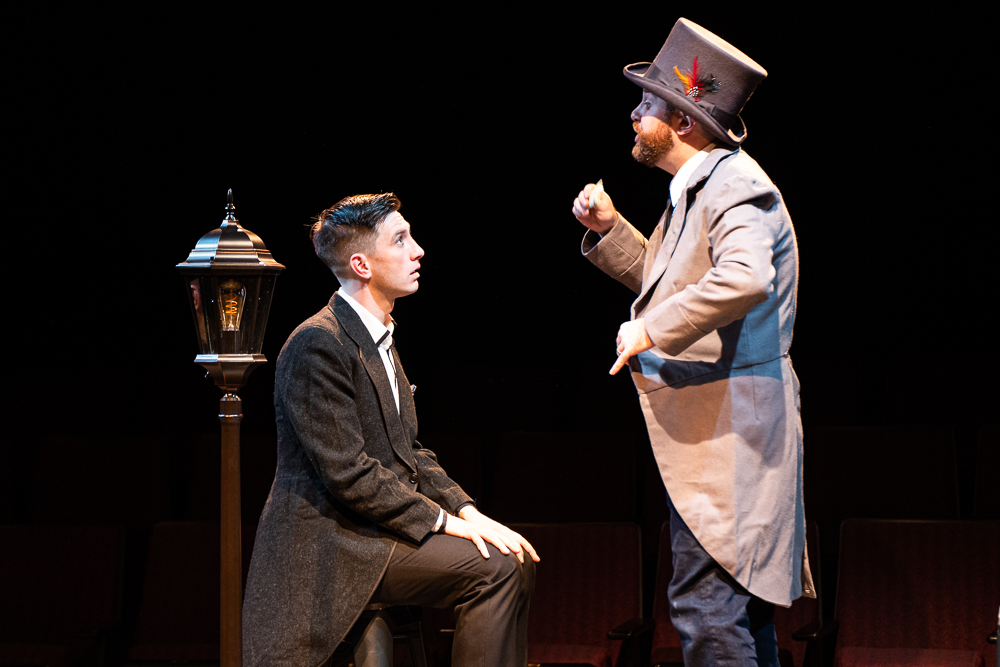 Great Expectations is playing at the Irish Classical Theatre from November 18 – December 11, 2022.

Dickens is in the Building

The themes of wealth and poverty, so central to Dickens’ writings, as well as love and rejection, desire, madness, guilt and forgiveness play out in Great Expectations. The protagonist, Pip, tells his own story on a mostly bare stage in this production that has been streamlined to essentials by playwright Neil Bartlett without sacrificing the humor and eccentricity of the characters.

We meet that cast of characters, both good and evil, often played by the same actor, that surround Pip as he comes of age and comes to consciousness in this tale of secrets, lies and vengeance. 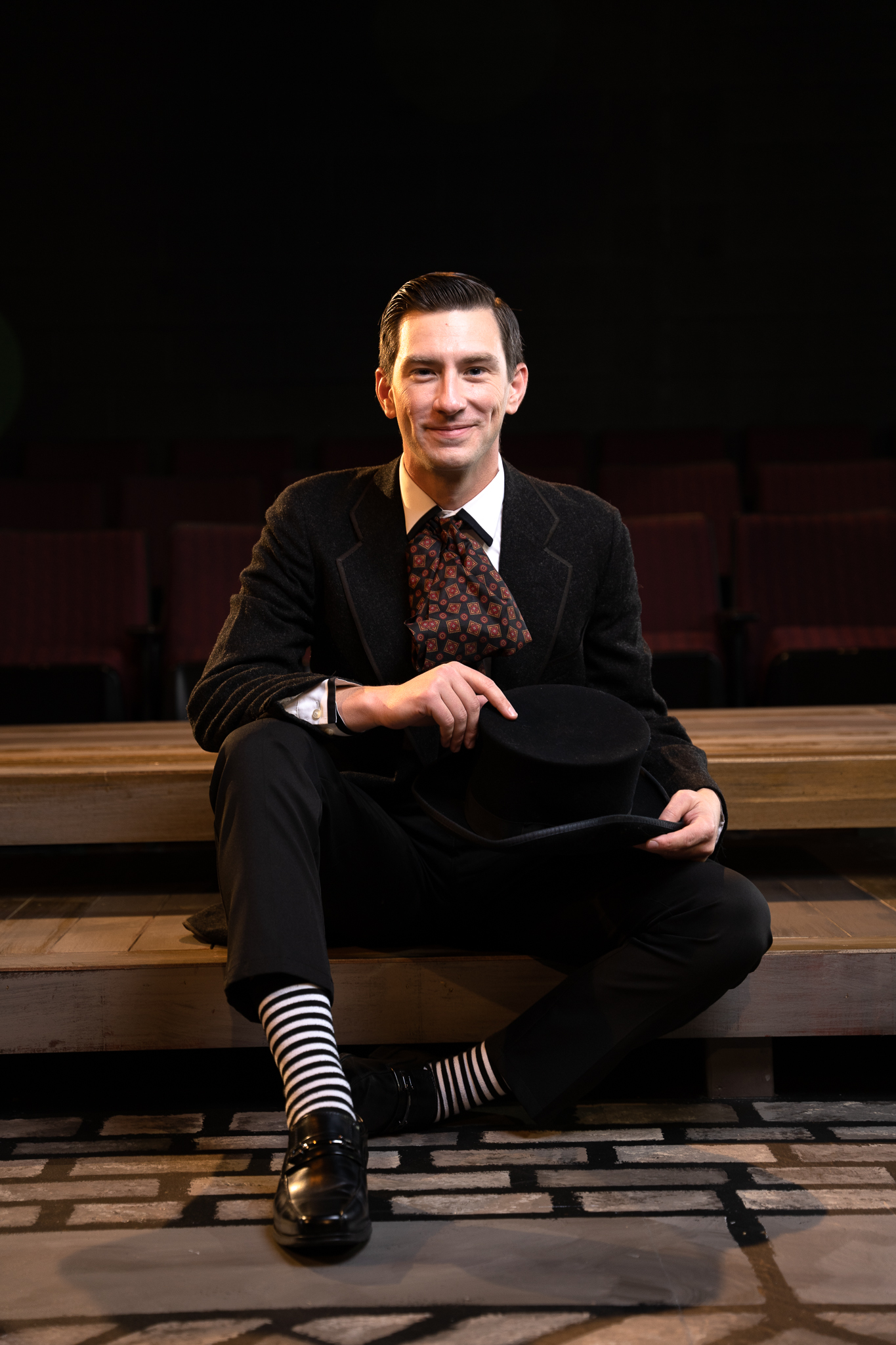 R.J. Voltz is the lovable Pip

R.J. Voltz brings an innocence to the role of the orphan boy, abused by his sister, then terrorized by the convict Magwitch, sent off to “play” at the whim of the mad Miss Havisham, then finally sent to London to become a gentleman. As he grows up and takes on the trappings of a dissolute young man of means, he comes full circle to finding his true place without losing his essential kindness and generosity of spirit.

Director Chris Kelly uses the stage that has three stepped platforms (designed by Collin Ranney) to great effect. They are living rooms, bedrooms, a forge, Miss Havisham’s dining room, among others. His cast of nine become a crowd in the narrow streets of London as Pip makes his way to the lawyer Jaggers for the first time, as well as a coach and four, doorways, and young blades about town. Most play several roles in addition to all of that. Charmagne Chi is Pip’s angry sister, Mrs. Joe, who rants and raves and carries on as if she is the most put-upon woman in the world. Then she is the sweet Biddy, and the clerk Wemmick. Thomas Evans is the ridiculous Mr. Pumblechook, his haughty speech and silly movements welcome comic relief. He also choreographed the dance sequences in Act II, which are very well done, as well as playing Sarah Pocket. Matt Refermat is another ridiculous character, Mr. Wopsle, and Herbert Pocket, Pip’s roommate in London. He has a funny monologue about what to expect in London while at the same time correcting Pip’s table manners. Adam Yellen is the kind blacksmith Joe and the not-to-ever-be-pinned-down lawyer Jaggers. Chris Hatch is the convict Magwitch. His attack on Pip in the cemetery is chilling and very realistic, as are all the fight scenes by Fight Choreographer Steve Vaughan. Christian Hines has the thankless roles of the evil Compeyson, another convict, and the vicious Drummle, which he plays very well. All of those characters are very well played.

Josephine Hogan is Miss Havisham, that wreck of an old woman who has not seen the light of day since she was left by her intended on her wedding day. She does not seem as decrepit as one would expect, but does at times project the madness of the character. Lissette DeJesus as Estella, the orphan child raised by Miss H to destroy men, shows her haughtiness, heartlessness and also the self-awareness the character possesses in knowing exactly what she is.

a Tale as Old as Time

There is a great deal of humor in Act I of the play. While laughing at Mrs. Joe, Pumblechook, and Wopsle, one feels torn, because their antics are at Pip’s expense. Dickens seemed to love making one cringe while laughing at the same time. Pip is being abused by these absurd people, just as Estella is abused by the mad Miss Havisham. No laughing there.

Act II takes on a more serious tone, as Magwitch reappears. The playwright never makes it clear why Magwitch is so determined to kill Compeyson, or just what Compeyson’s place is in the story. Having read the book more than once and seen the movies, it was clear to me, but my companions had no idea what the connection is, and it is an important aspect of the story. It is possible we all missed a line or two during fight scenes.

This is an enjoyable production with some minor missteps, but if you are new to Great Expectations, and even if you are not, it is well worth seeing.

Great Expectations is playing at the Irish Classical Theatre from November 18 – December 11, 2022.