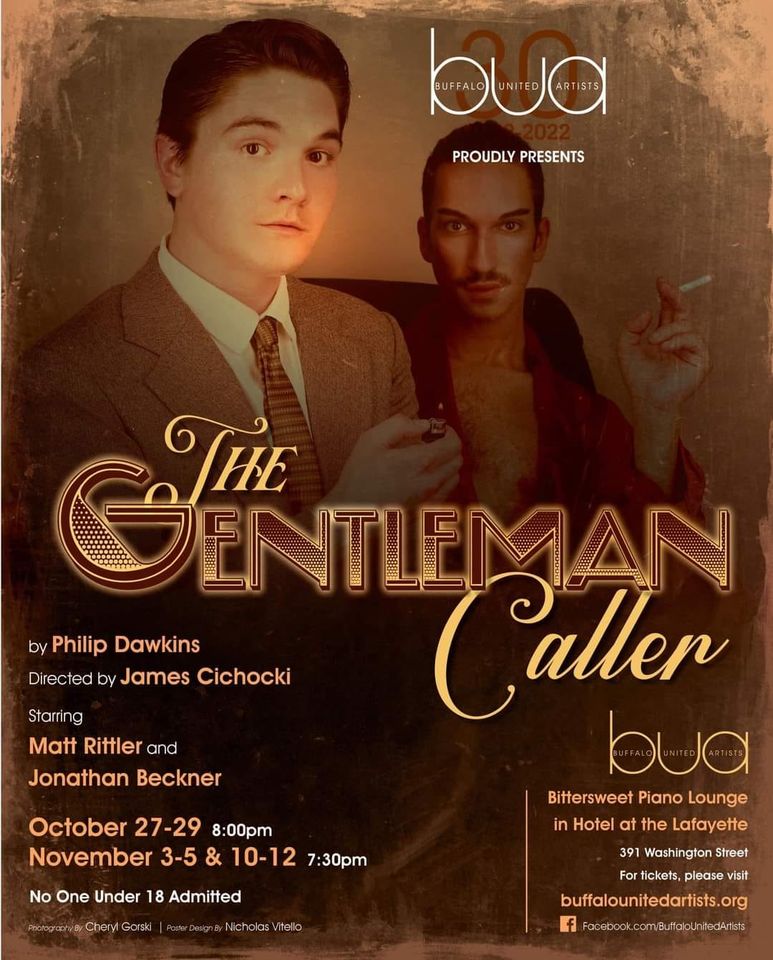 A Gentleman Caller has select showings until November 12, 2022

A Meeting of Literary Titans

Tennesee Williams and William Inge are on stage at the Bittersweet Piano Lounge in the Hotel Lafayette in the persons of Matthew Rittler and Jonathan Beckner, in a production by Buffalo United Artists.

The playwrights met in 1943 when Inge, at that time arts critic for the St. Louis Star-Times interviewed Williams shortly before The Glass Menagerie opened in Chicago to great acclaim. They became friends, with Williams acting as a mentor to Inge. Both were homosexual, both were alcoholic, both died by their own hand – Williams by an overdose of seconal at age 71, Inge by carbon monoxide at 60.

Philip Dawkins refers to his play, The Gentleman Caller, as a “memory play”, in which he reimagines two meetings between the men. The first is the interview in St. Louis in Inge’s home, the second is New Year’s Eve in Williams’ hotel room in Chicago after the success of the play. 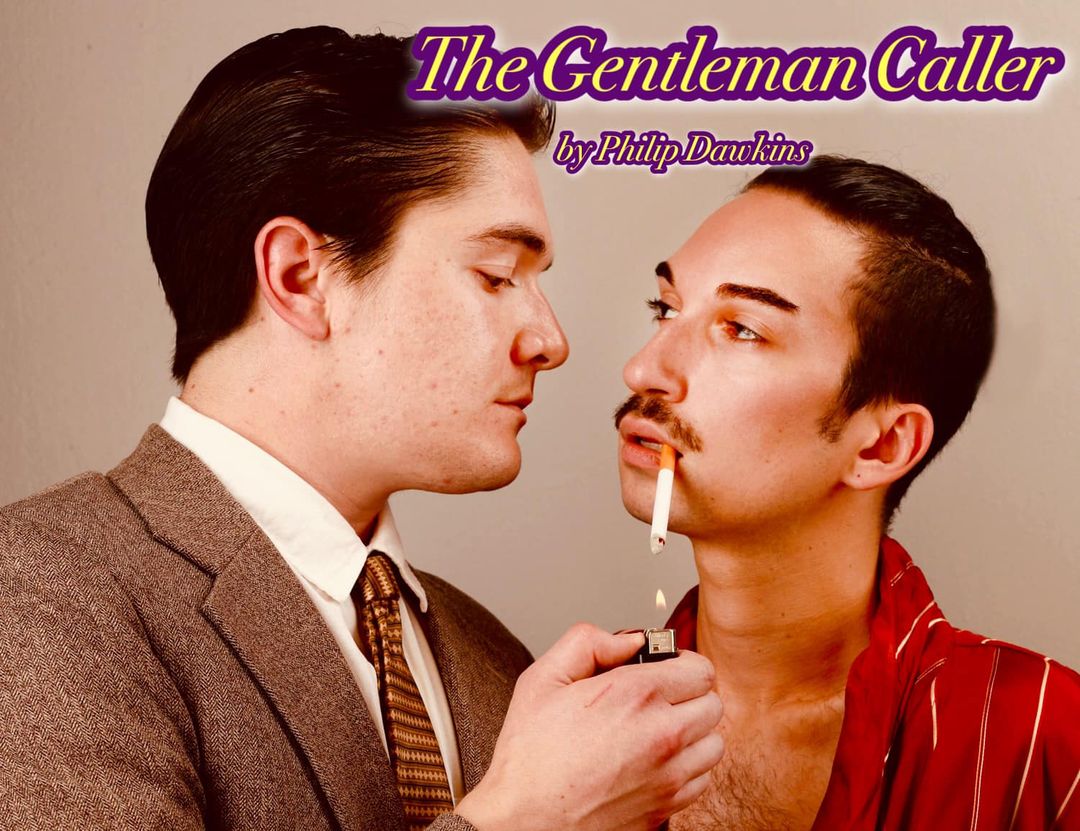 The Gentleman Caller is a bittersweet, and very funny, if a bit wordy homage to these two men who had great influence on American theater, particularly Williams, as well as a window into the pain of living in a world where one’s innate sexuality is not only considered a perversion, but is also illegal. Williams’ sardonic humor and excesses, and Inge’s closeted fear are both on display in the play, as each man grapples with his muse, and the realities of the world they live in.

Matthew Rittler as Williams is a delight to watch. He greets us with that sardonic humor and a knowing look when he says, “…and here I must request that you engage your imaginations, that most endangered of American qualities…” as he describes the setting in his southern drawl. He often speaks directly to the audience, sometimes with only a look or a wink that lets us all in on the joke. He plays his part very well, allowing us to see the man beneath the booze, impersonal sex, and clever patter. And it is very clever. His skewering of Bette Davis is hilarious, while throwaway lines like referring to the “hugely moderate success” of his play, or “nothing is different and everything has changed” come almost one after another at times, and he delivers them with aplomb.

As Inge, Jonathan Beckner brings an initial innocence to his part that the playwright quickly dispenses with in a startling scene early in the first act when Inge briefly shoots out of the closet, resulting in a collective gasp in the audience. After that, he kind of tiptoes back in, but not all the way. Inge struggled with being gay for his entire life. Beckner expresses his lack of confidence in himself, his fear of his sexuality, and also his longing to be a creator rather than a spectator. The delivery of his monologue which includes small boys, cats and monkeys is chilling and heartbreaking.

The men have very good chemistry, which is essential in this play, as Williams seduces and Inge resists – until he doesn’t.

Director James Cichocki uses the small space very well, with just a few set pieces, including a great old victrola that plays sexy 1940s tunes. Being so close to the actors gives the play a very intimate feel, and as intimacy is a theme in the play, it works very well. I do think the play itself could be tighter, less talky, and still convey all it conveys.

The Bittersweet Piano Lounge is a perfect setting. It is cozy, a beautiful space, and has a nostalgic vibe. The bartenders serve up delicious cocktails before the play, between acts, and after, so get there early and stay late. Order a gin rickey, no lime, and you can have a drink with Tennessee Williams.

A Gentleman Caller is playing on select dates until November 12, 2022.