In honor of Guillermo del Toro’s Nightmare Alley being shot right now here in Buffalo, we wanted to take the opportunity to talk about the project and why you should be excited. 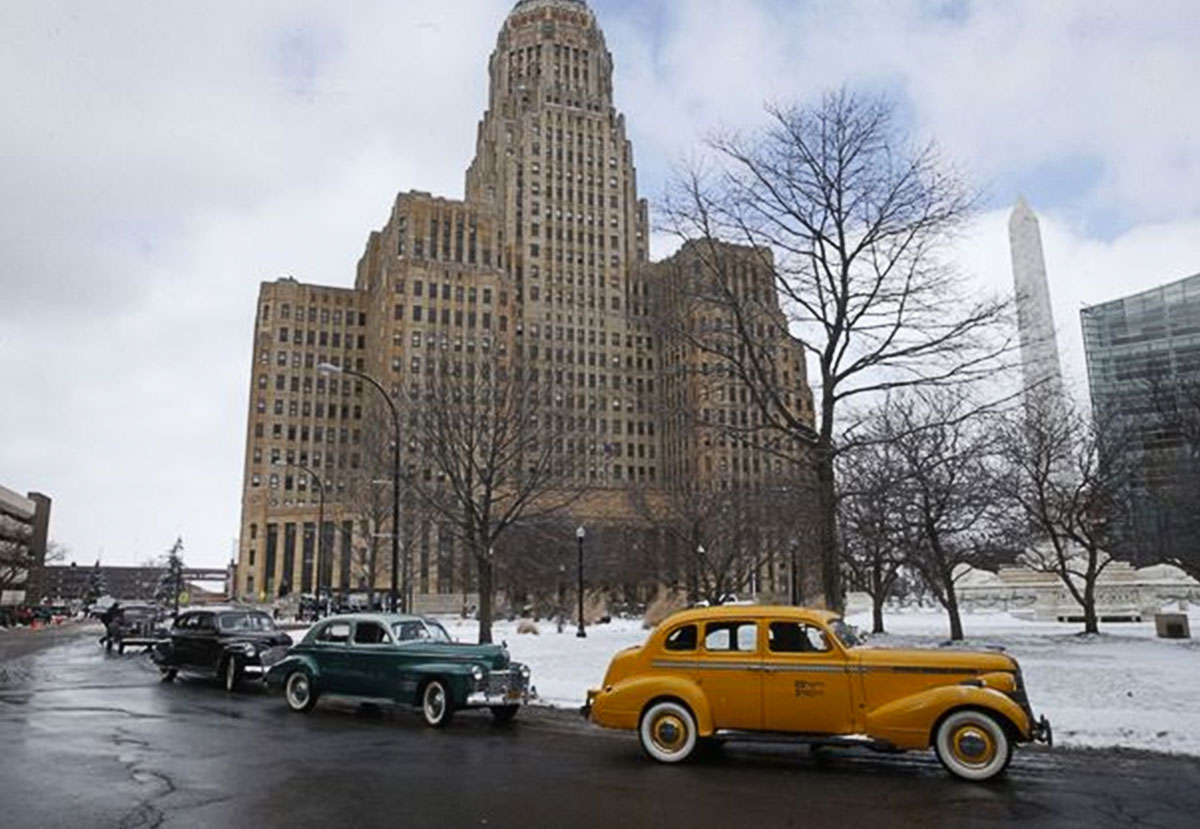 Scenes for Nightmare Alley are being shot in Delaware Circle in front of City Hall.  Image ⒸThe Buffalo News

Nightmare Alley was a novel published in 1946 by William Lindsay Gresham. It tells the story of Stan Carlisle, an opportunistic drifter who settles into a traveling circus and uses its members to try and better himself, with no regard for anyone else. My introduction to the material was the 1947 film of the same name directed by Edmund Goulding, starring Tyrone Powers. The movie follows the same general plot as the book, but it incorporates the motifs of a film noir. A film noir is a style of film that emerged after WWII. With soldiers coming back from Europe and dealing with the atrocities they witnessed during the war, by the time they returned the American zeitgeist had turned darker and harsher; upbeat musical productions weren’t going to cut it anymore. People wanted stories that were closer to they’re experiences.

As a result of this, the noir genre that Nightmare Alley fits into focused on the darker side of humanity by showcasing exaggerated shadows and dim lighting and dealing with issues of betrayal, violence, pain, and guilt. The characters were also very flawed, and there was rarely, if ever, “a hero”. More often than not, a person trying to survive by the skin of their teeth was the star in these human parables; an anti-hero if you will. 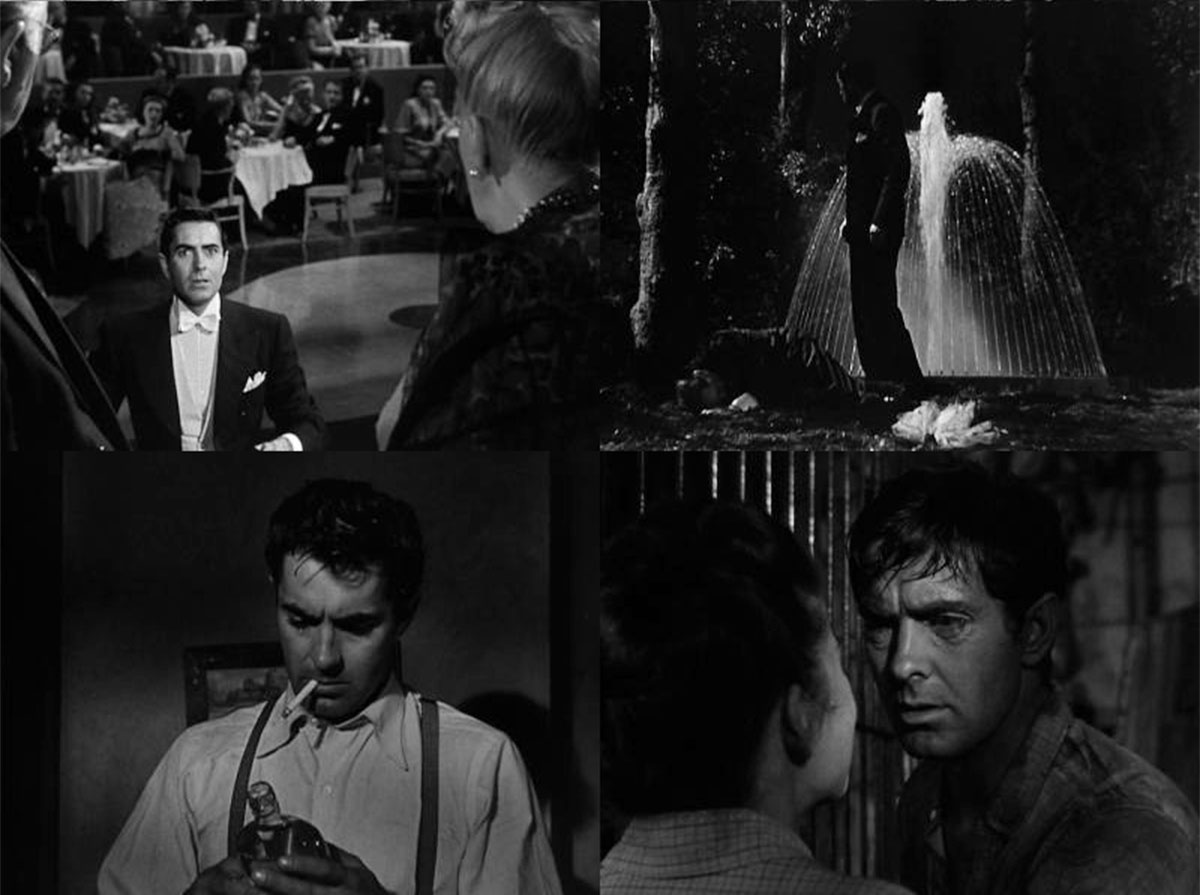 A few scenes from the 1947 version of Nightmare Alley

The 1947 version fits the film noir framework perfectly. The movie is in black and white, but there’s a richness to those two colors that creates a sort of unease in the viewer, like the combination of those two saturated colors is subconsciously tipping you off to a tragedy.

The characters are all flawed, Stan Carlisle wants to better his standing in the world even if he has to use and climb over people to do it. Zeena Krumbein (played by Joan Blondell) is a middle-aged vaudeville psychic at the end of her rope. Zeena’s alcoholic husband Pete (played by Ian Keith), who needs a bottle to get through the day, and Molly (played by Coleen Gray,) the naive young girl, pining for Stan’s affection round out the main players. These characters feed off of each other’s misfortunes until there’s nothing left, which again is a common trope for the film noir genre.

In the case of the upcoming film (which will be released sometime next year), it’s still pretty vague. It will follow the general plot of the novel, like the 1947 version; though I’m assuming the rich black and white tones will be gone, along with the mentioning of vaudeville. As far as I can tell this takes place in modern times. Yet despite the visual cues of the noir framework presumably being lessened, due to the predisposition of the contemporary film-going audience, I have faith that the sense of dread and imminent doom will be very palpable in the picture thanks to Del Toro and his team. 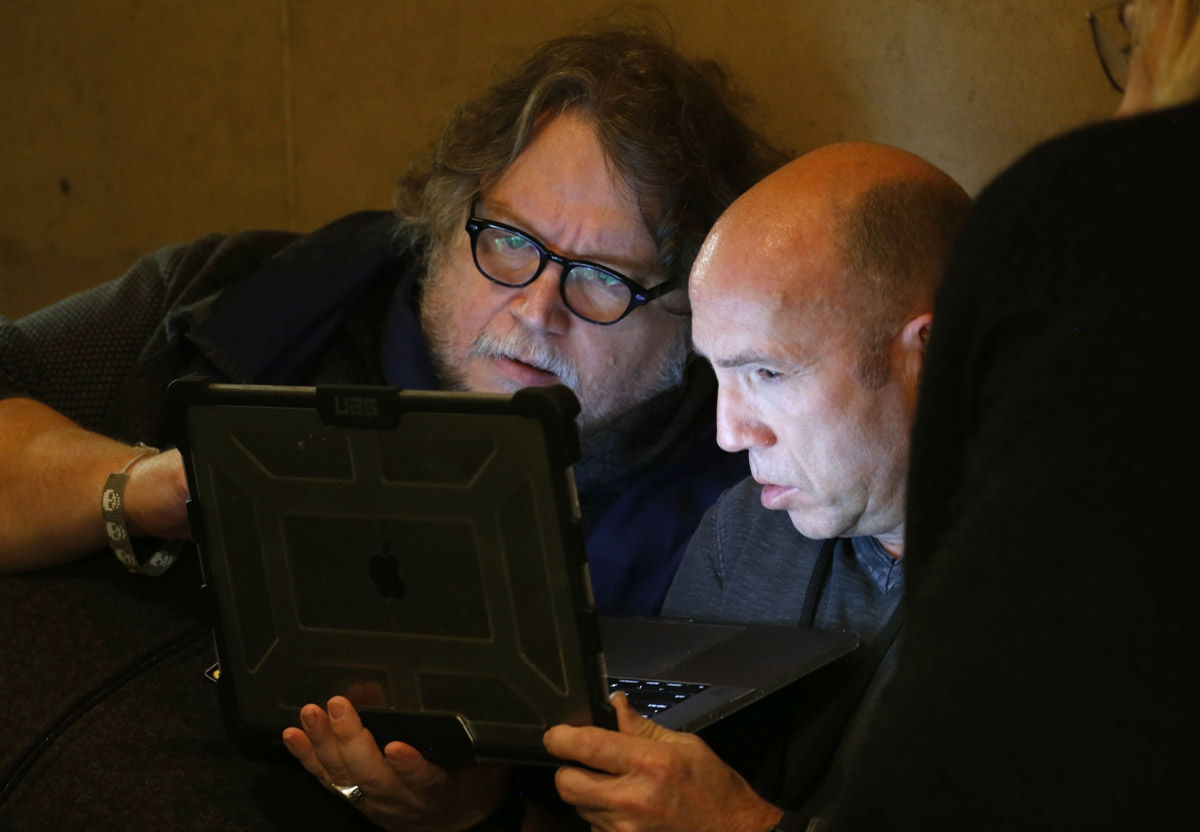 Del Toro has shown time and time again to be a master of horror and suspense, with pictures like Crimson Peak and Devil’s Backbone coming to mind, and noir is nothing more then the sense of fear felt in everyday life given legs so it can gnaw at the back of the head of the protagonist. Del Toro’s co-screenwriter is also no pushover and profoundly understands the genre as well. Kim Morgan has been writing a critical analysis of the genre for years. She also has a few solo screenwriter credits of her own. With her contributing to the script, I can only imagine, based on her prior work, that the film’s plot is incredibly tight with richly flawed characters and an eye for detail.

The cast is shaping up to be something special as well, with the charismatic Bradley Cooper playing the lead, Del Toro mainstay Ron Perlman in an unspecified role, and Kate Blanchet and Rooney Mara, will both star in undefined roles.

Even though the picture is still a mystery at this point, the caliber of people working on it makes it seem like something special is being shot in our downtown area at this very moment. Let’s hope that this is just the start of top tier creators coming to our city to shoot parts of their films; maybe one day will get a genuinely great film 100% shot in Buffalo that can make us all proud.